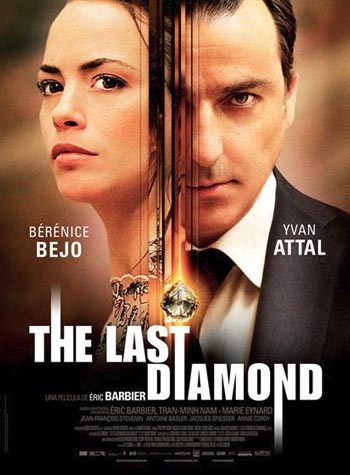 Simon Carrerra (Yvan Attal) who has just come out of prison.

On parole and encouraged by an old accomplice, he joins an organized gang led by Scylla. Their aim: to steal a famous diamond during its auction in Antwerp.

This historic gem is being held by Marie Neuville and her daughter Julia (Bérénice Béjo), two diamond experts. Marie Neuville dies and Julia, less experienced, finds herself in charge of the sale. Pretending to be a friend of her mother and a security expert, Simon meets Julia and they get on well… a bit too well…

He thus manages to obtain a duplicate of the key enabling the gang to steal the diamond.

But Scylla wants to get rid of Simon who escapes just in time.

As for Julia, she is charged with complicity, and her mother’s death is linked to the theft.

Simon then decides to strike back: he will help Julia to find the diamond and avenge the death of her mother…