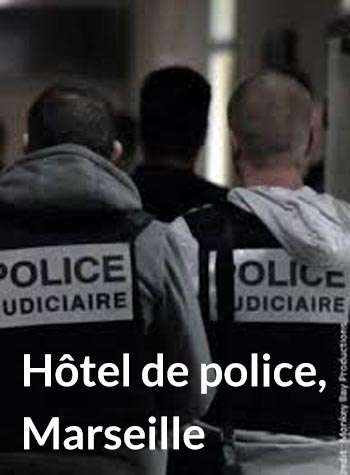 The police station of Marseille, “L’Évêché” (bishopric) has been seen often in movies, litterature ou newspaper.

But the reality that you see in this documenatary is quite different from the legend.

It’s indeed a picture of the police station of Marseille, seen from the inside, day after day.