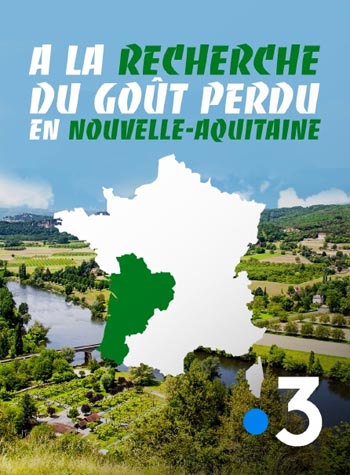 What has become of the culinary inventions of the past that made the identity of our provinces ?

What remains of the palette of tastes of our ancestors?

This new documentary adopts the thriller codes to find the traces of three culinary recipes from the Nouvelle-Aquitaine region transformed, lost or forgotten… “In search of the lost taste in New Aquitaine” sets out to seek the authentic taste of specialties from the region like Jonchee Rochefortaise, local cheese, the original recipe of Ortolan, whose head, bones and body are tasted in a single steaming bite, the head covered with a towel, a practice now prohibited, and finally, the legend of the Lamb Ambote, a characteristic dish of shepherds.

A film where the narrator, Pierre Arditi, questions our culinary heritage and its transmission, to discover the controversies around each unique taste. Using photo and animated archives, we go back to the era of the recipe and the life of the inhabitants.